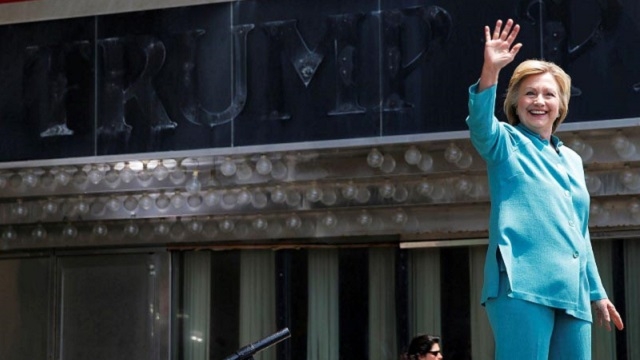 One by one, Comey rebutted a litany of GOP charges including that the Federal Bureau of Investigation had been biased, ignored the law, applied it unjustly or coordinated the decision with Clinton's campaign.

While Comey confirmed that classified information was transmitted and stored improperly and the personal email system may have been hacked, he formally recommended that no charges be filed against Clinton.

Hillary Clinton laid out this mess, made a very conscious decision to set up a system to bypass the protocol of the State Department, Chaffetz continued.

"In that case, you had vast quantities of highly classified information. not only shared with someone without authority to have it, but we found it in a search warrant hidden under the insulation in his attic and then he lied to us about it during the investigation", Comey said.

"That's a question I'm not qualified to answer. And my judgment here is there is not", Mr Comey said. The FBI uncovered several thousand additional emails related to her position, some of which contained classified material, that were not included in the 30,000 emails Clinton handed over to the State Department. Mrs Clinton had said publicly she never sent or received any classified information.

"My conclusion was and remains that no reasonable prosecutor would bring this case", Comey said.

"Not to my knowledge, I don't think there's been a referral from Congress", Comey said when asked by Chaffetz whether FBI investigators investigated statements she made to Congress about whether any of the emails she sent or received were marked classified.

"I hope at the end of the day, people can disagree, can agree, but they will at least understand that the decision was made and the recommendation was made the way you would want it to be, by people who didn't give a hoot about politics, but who cared about what are the facts, what is the law, and how have similar people, all people, been treated in the past", Comey said.

Mr Comey, a Republican who was appointed by Democratic President Barack Obama and also served in the administration of former Republican President George W Bush, has built a reputation as a straight shooter who does not bend to pressure from either party.

The hearing took place as Mr Trump met with Republican lawmakers on Capitol Hill to get them behind his candidacy, discussing a variety of issues, including his campaign style.

Apple, Google, Niantic likely making more on Pokémon Go than Nintendo
The popularity of Pokemon Go has overwhelmed servers used to host play, leaving players frustrated but seemingly undeterred. Expecting Facebook to replicate its success soon (or at all) with a new Oculus game would be, at best, wishful thinking.
Thursday, July 14, 2016

Nerlens Noel: Colangelo looking to move one of his bigs
Regardless of if Okafor likes playing in Philadelphia or not, he has to get over the possibility of being traded. And naturally you'll have reports and speculation that Okafor wants out.
Thursday, July 14, 2016

Thousands "march for Europe" in London
While almost three-quarters of 18- to 24-year-olds voted to remain, a majority of those aged over 45 and pensioners voted to leave.
Thursday, July 14, 2016