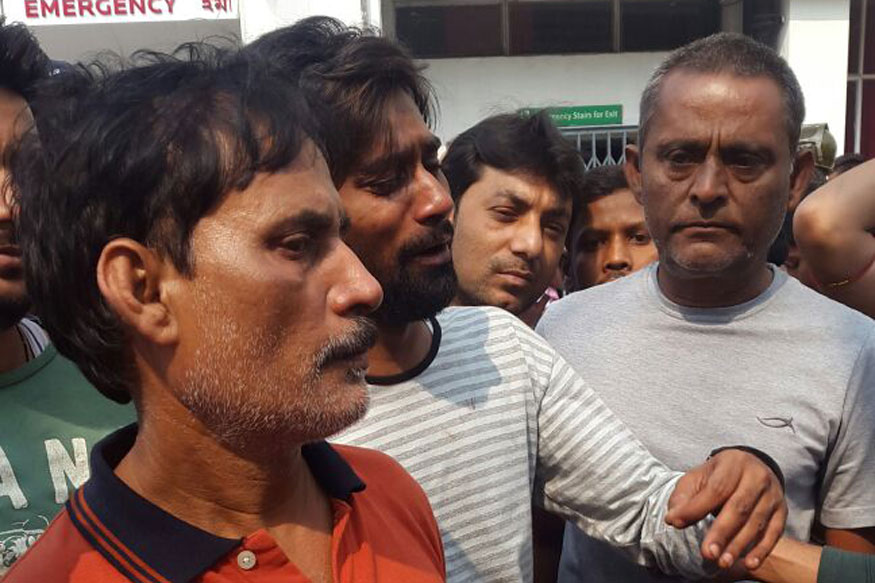 A almost 100 strong mob today vandalised a private hospital here and beat up a number of staff following the death of a patient.

The mob also resorted to a blockade on Diamond Harbour road during the morning rush hours causing major inconvenience to office-goers and other people.

Later, a heavy police force along with Rapid Action Force (RAF) rushed to the spot and brought the situation under control.

In a statement, CMRI condemned the violence and described the death of 16-year-old Saika Parvin as "unfortunate".

Relatives of patients admitted at the hospital and at the out-patients department fled the premises owing to the vandalism.

A hospital spokesperson said the patient was brought from a nursing home with a suspected perforation of bowel in a very critical condition.

The DC (South) with reinforcement arrived at the scene of trouble and deployed police in and around the hospital.

Doctors claimed that they were planning a surgery but before they could start, the patient passed away.

A man who identified himself as the girl's father, said, "The hospital wanted us to deposit Rs 1.5 lakh". They are charged under various sections of the IPC...

Adele broke her Grammy in two and gave half to Beyoncé
The 15 time Grammy victor cursed and stopped her slowed-down arrangement of Michael's "Fastlove" after a few verses. Though she later referred to her son's father as her "partner", we heard you loud and clear the first time, Adele .
Saturday, February 18, 2017

Matt Damon Opened Up About 700 Hair Extensions
"This wall that they built was like a wider, fortified version of the real Great Wall ", he marvels. The Great Wall is not a groundbreaking film by any means, but at least it's fun .
Saturday, February 18, 2017

Stop foreign cheating: Trump vows penalties for companies that outsource American jobs
'That is one lovely aeroplane, ' Trump said of the 787-10, dubbed the 'Dreamliner.' He added, 'What an incredible piece of art. Again, our president has never said anything bad about women , let alone older women, ever.
Saturday, February 18, 2017