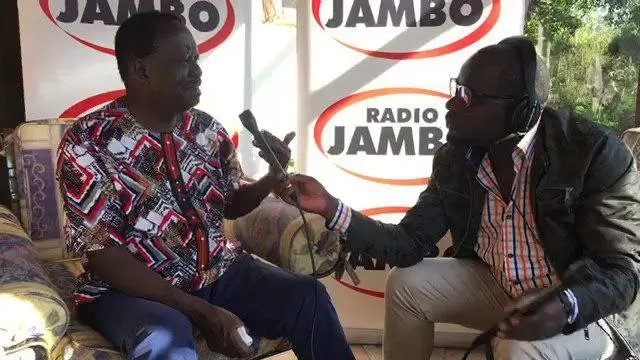 The country's Supreme Court annulled the results of an August 8 election - won by President Uhuru Kenyatta - citing irregularities in the counting process and mismanagement by the Independent Electoral and Boundaries Commission (IEBC).

Two protesters killed in Bondo as demonstrators clash with police in rally calling for reform of electoral commission. Hospital authorities said 20 people were injured in Kisumu, an opposition stronghold.

The opposition has vowed to continue with its daily protests next week and to push for the dismissal of 12 election commission officials accused of rigging the vote on August 8.

KenyaÂ´s opposition National Super Alliance (NASA) leader, Raila Odinga, withdrew on Tuesday from a court-ordered re-run of the presidential election due on October 26, saying the vote would not be free or fair and leaving President Uhuru Kenyatta as the only candidate.

In Nairobi, opposition legislators were repeatedly teargassed as they tried to drive into the city centre.

The State Department is urging Kenya's security forces not to use "unnecessary force" after police said they shot and killed two opposition protesters amid demonstrations for election reforms.

"If it goes ahead it is not an election, it is a selection", Odinga told Reuters in an interview during a visit to London.

In response, the commission tweeted a letter it sent on Tuesday to Mr Odinga's opposition coalition saying "we have taken the necessary steps to guarantee the integrity of the fresh presidential elections". Three of them are gunshot injuries.

In capital Nairobi, baton-wielding police rained blows at protesters who were caught off-guard; traffic was brought to a standstill in major areas across the city with many businesses remaining closed in fear of vandalism and looting.

Violence in the days after this year's election left 37 dead, according to a local human rights group which said these were mostly at the hands of police. However, the crowd later dispersed peacefully after speeches from opposition leaders, helped along by the first heavy rainfall of the season.

New Austrian leader 'will be Europe's youngest head of government'
As a result, voters are receptive to the anti-migrant platforms of both the People's Party and the Freedom Party. Favouring the People's and Freedom parties is distrust of migrants among many Austrian voters.
Monday, October 16, 2017

Two injured in Indian ceasefire violation along LoC
On September 24, a civilian was martyred and two others were injured in firing from across the border. He said that the people were also asked to shift to safer places but they are reluctant to leave.
Sunday, October 15, 2017

Oxford city centre to become world's first Zero Emissions Zone by 2020
From Monday 16 October to Sunday 26 November 2017, we will be holding a public consultation on these proposals. These measures are aimed at reducing traffic and congestion in the city and would improving air quality.
Sunday, October 15, 2017