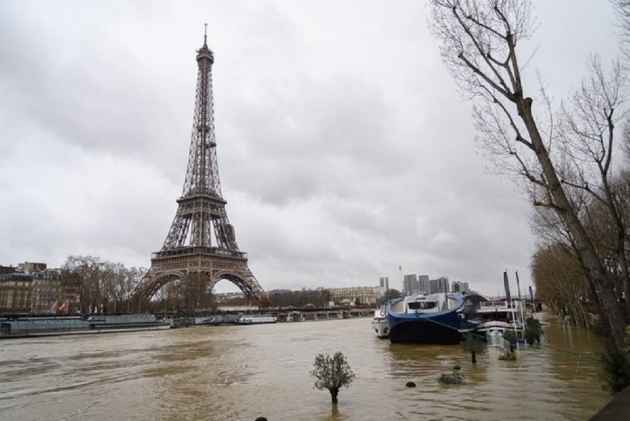 Meanwhile, fishermen took advantage of the rushing, boat-free river to look for lunch. Saturday, the river peaked just shy of 19 feet above normal.

"The waters will only go away slowly", said Michel Delpuech, head of the Paris police body.

But Paris is better prepared than when it was hit by heavy flooding in 2016, and residents have largely taken Sunday's flood warnings it in stride.

Seven of the city's underground stations are closed, as are some roads next to the Seine. City authorities have warned of a flood risk to basement levels of properties on streets bordering the Seine.

But the world's most visited museum was still on alert, along with the Musee d'Orsay and Orangerie galleries, with the lower level of the Louvre's Islamic arts wing closed to visitors.

In Paris, streets next to the river and buildings in low-lying areas were vulnerable, but most Parisians appeared unfazed by their newfound waterworld.

Four reservoir lakes along the Marne, Seine, Aube and Yonne are already reportedly full beyond capacity, while further rainfall as the week progresses is expected to slow the the fall in river levels.

Saying the city was coping, Mayor Anne Hidalgo suggested the flooding, coupled with recent summer heat waves, was "clearly a question of the town adapting to climate change".

"It's been a gradual rise, so you can't really call it a "peak" - we prefer to say it has plateaued", said Rachel Puechberty, a spokeswoman for the agency.

The waters are expected to stay unusually high for days or weeks.

"The flood of the Seine river can be interesting from a fishing perspective, because many fish approach more easily the river banks and the surface", said amateur fisherman Maxime Potier, an amateur fisherman casting his line from the Arsenal Port in eastern Paris.

Police said that as of 6 a.m. Saturday, 1,000 people had been evacuated and 1,200 properties were without power. And more than 170 patients from two hospitals were transferred to less vulnerable facilities.

South Korea hospital fire: Death toll rises to 31
Not according to director Song Byeong-cheol, who said the site is not large enough to require one under South Korean law. At least 37 people have been killed and more than 70 injured in a fire in a geriatric hospital in South Korea .
Monday, January 29, 2018

OBITUARY: Flat-pack pioneer Kamprad built Sweden's IKEA into global brand
Kamprad got the name IKEA from his own initials, the first letters of his family farm and where the farm was located. Forbes rich list, which once put him as the world's 11th richest man, has dropped him from its rankings.
Monday, January 29, 2018