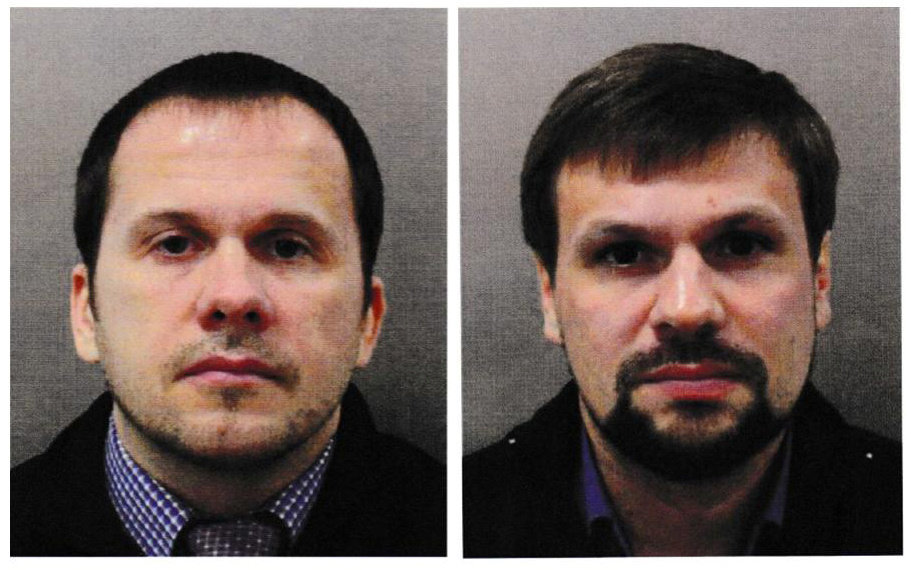 To validate the hypothesis that Chepiga is Skripal poisoning suspect "Boshirov", Bellingcat and The Insider obtained extracts from the passport file of Anatoliy Vladimirovich Chepiga - the man born on 5th April 1979 - from two separate sources with access to databases dated prior to 2014.

The two Russian are accused of poisoning former Russian intelligence officer Sergei Skripal and his daughter Yulia in March with the nerve agent novichok.

Earlier this month, British prosecutors charged two Russians - Alexander Petrov and Ruslan Boshirov - with attempted murder for carrying out the Novichok poisoning of the Skripals in the southern English city in March but said they believed the suspects had been using aliases to enter Britain.

British Defense Secretary Gavin Williamson, meanwhile, said in a tweet on September 26 that "the true identify of one of the Salisbury suspects has been revealed to be a Russian colonel", without mentioning the name.

But beyond a photo from Chepiga's 2003 passport file resembling Boshirov, the report didn't contain further proof that Boshirov and Chepiga are the same person.

Mr. Putin had claimed Mr. Boshirov was a civilian, and on Russian TV, he himself said he visited Salisbury as a tourist.

The journalists said that Chepiga had served multiple tours in Chechnya and that he had received the award in December of 2014, when Russian forces were fighting in eastern Ukraine.

British authorities have yet to respond to the report.

In this video grab provided by the RT channel, Ruslan Boshirov, left, and Alexander Petrov attend their first public appearance in an interview with the Kremlin-funded RT channel in Moscow, Russia, Sept. 13. Boshirov said it was possible that they were near Skripal's house but did not know where it was.

The men were seen in Salisbury on the day of the attack, 4 March, according to CCTV footage.

The pair survived the attack but two more people were poisoned and one of the victims, Dawn Sturgess, died in July. Russia's foreign ministry has previously denounced Bellingcat, alleging the group is related to Western intelligence agencies.

Meghan Markle stuns Britain by shutting car door
Well done Meghan! " The Sun's royal corresponded Emily Andrews tweeted. "This is not a protocol breach", he wrote. Since then the Duchess of Sussex has been making her own rules and living her life in her own way quite subtly.
Thursday, September 27, 2018

Oculus Quest announced: a wireless VR headset for $399
That's not to say it isn't fun - but from cable management to proper camera placement, there's a lot of fiddling to get right. Standalone VR headsets like the Oculus Rift and HTC Vive Pro do their job brilliantly but both come at a premium.
Thursday, September 27, 2018