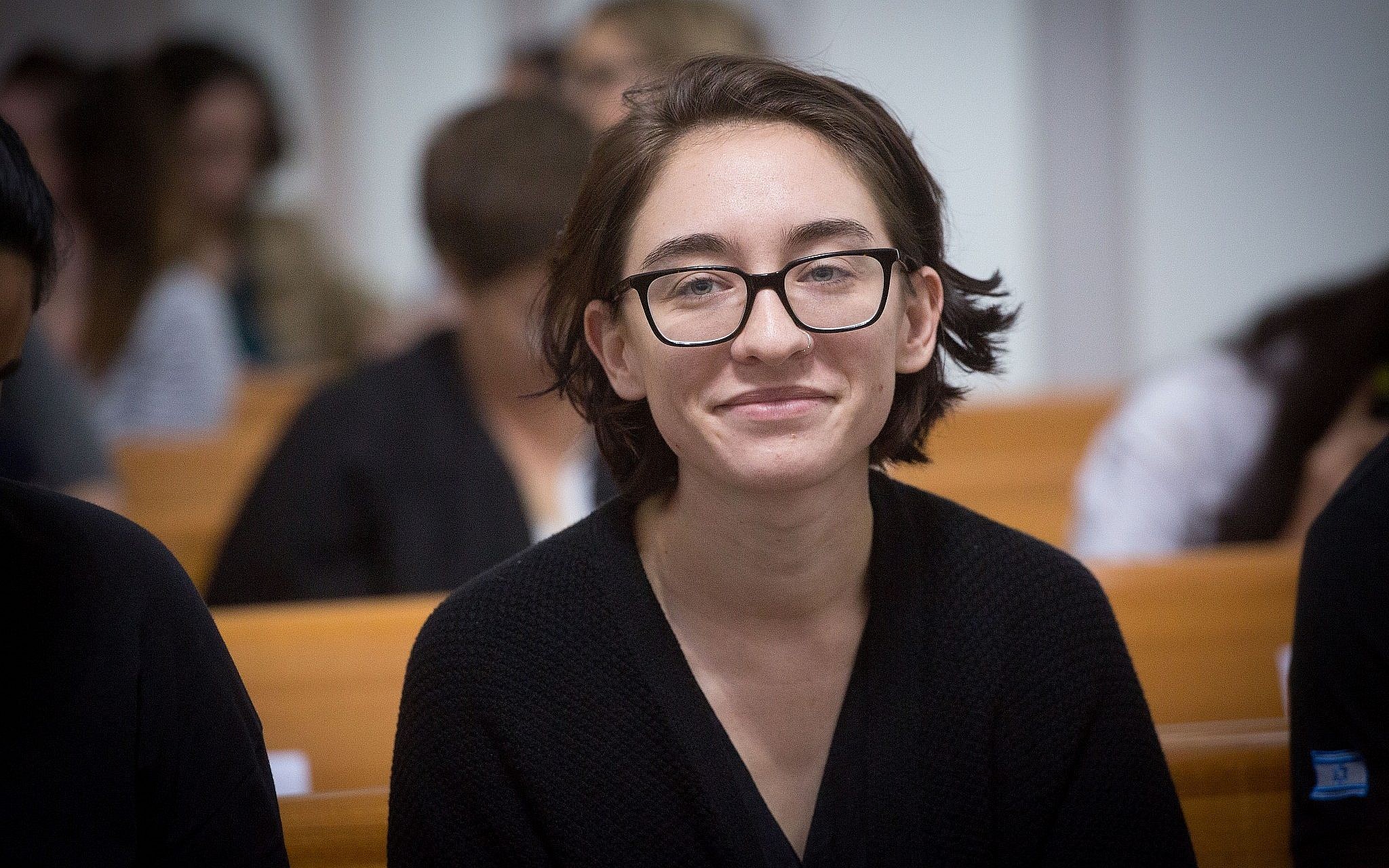 US student Lara Alqasem at the Supreme Court in Jerusalem

Lawyers for a US student who was denied entry to Israel because of alleged support for a boycott campaign say the Supreme Court has accepted her appeal and will allow her to study in the country.

The court accepted Lara Alqasem's appeal, saying her desire to study in Israel undermines the premise of her alleged support for a boycott.

Wheeling a suitcase and carrying a neck pillow - reminders of the fairly simple journey she likely thought she was embarking on to Tel Aviv at the start of October - Lara Alqasem walked into the airport's cavernous arrivals hall, beaming but drained from the ordeal.

The court ruled today that 22-year old Lara al-Qasem will be allowed entry to study in a graduate program at Hebrew University.

According to the Israeli Ministry of Strategic Affairs, al-Qasem was detained and held at the airport for two weeks, and ordered to be deported to London because, while she was a student at the University of Florida, she "promoted a boycott of Israeli companies and worked to harm Israel through a cultural boycott".

The court ruled that the decision to bar Alqasem represented "a radical and risky step that could lead to the crumbling of the foundations upon which Israel's democracy is built". Israel describes BDS as anti-Semitic.

"On the eve of the academic year, the plaintiff landed in Israel, and despite the obstacles placed in her way since, she has insisted on her right to sit on the benches of Hebrew University", read the decision Thursday by Israeli Supreme Court Judge Neal Hendel, who heard the appeal along with two other judges.

The Hebrew University has said it wants Alqasem to take up her studies. Farley Weiss, NCYI president, said BDS supporters who turn Israel "into their own personal punching bag" should not be allowed to travel freely in the country.

Alqasem told Haarets, "I'm relieved at the court's decision and incredibly grateful for the work of my wonderful and tireless lawyers Yotam Ben Hillel and Leora Bechor, as well as the support of my family and friends".

Interior Minister Arie Deri, under whose ministry the immigration authority falls, lashed out at the court in response.

Justice Hendel said the law "does not have a component of penalty, or revenge for previous bad behavior", and later reportedly added that "preventing the appellant's entry does not advance the law's objective and clearly deviates from the bounds of reasonability".

Her case touched off a debate in Israel over whether democratic values had been compromised by a 2017 law that bars the entry of foreigners who publicly support boycotts over Israel's policies towards the Palestinians.

"Look, I think this whole incident has been a wake-up call for the hypocrisy in how Israel treats Palestinian-Americans and how it treats American citizens".

Wet And Mild: Warm Winter Predicted For Much Of U.S.
Trump, Biden Campaign On Opposite Sides Of Nevada Senate Race

Trump, Biden Campaign On Opposite Sides Of Nevada Senate Race
Heller, by contrast, has largely sided with the president on immigration policy - with the exception of family separations. The top issue - health care - will prove the deciding factor for twice as many voters' ballots, according to the same poll.
Monday, October 22, 2018

Hunt for Jayme Closs, 13, after parents shot dead in Wisconsin
Investigators also believe Jayme was at home during the shooting based on details from the 911 call and evidence from the home. Police say they have not recovered a gun. "You know you got to be sure your doors are locked all the time now, I guess".
Saturday, October 20, 2018

Russian woman charged with US election-meddling
A Kremlin-friendly oligarch has allegedly continued pumping millions of dollars into the St. Petersburg troll farm that was responsible for interfering with the 2016 election .
Saturday, October 20, 2018