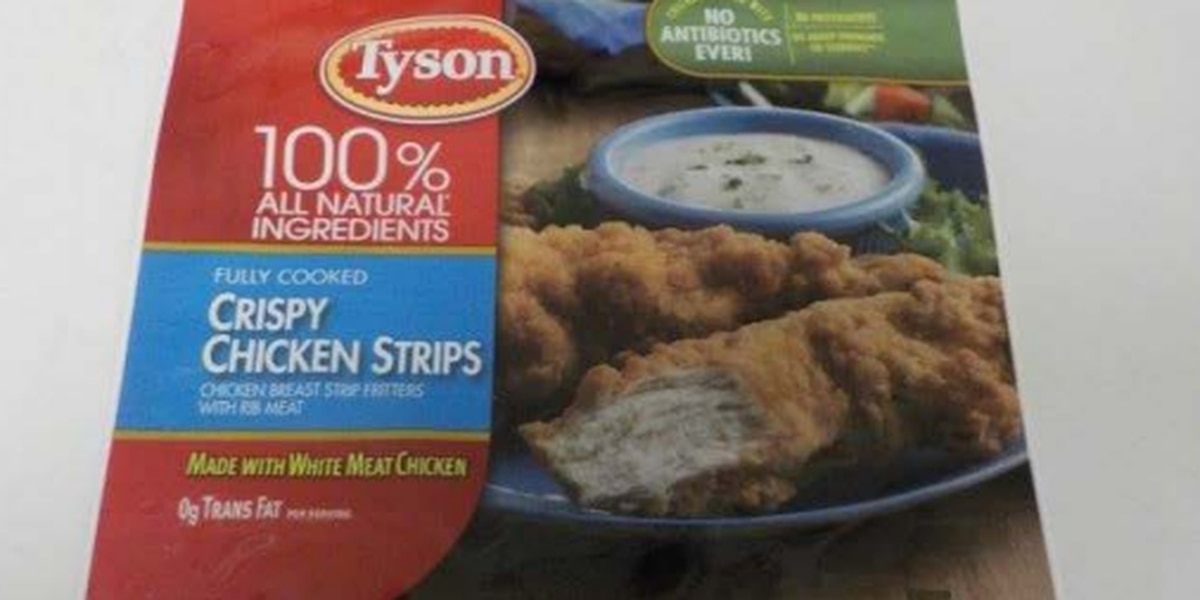 The U.S. Department of Agriculture has reissued and vastly expanded a recall of ready-to-eat chicken strips produced by Tyson Foods, Inc. of Roger, AK.

The chicken strips were shipped nationwide, and bear the establishment number "P-7221" on the back of the packaging.

The USDA's Food Safety and Inspection Service issued the second recall Saturday expanding the amount of chicken from an initial recall of 69,093 pounds on March 21.

Friday, the company said it was now recalling 11.8 million pounds.

"We have discontinued use of the specific equipment believed to be associated with the metal fragments, and we will be installing metal-detecting X-ray machinery to replace the plant's existing metal detection system", Masters said. It is unacceptable to Tyson Foods that any product might not meet our standards. They have received six total complaints, three of which claim to have sustained injuries to their mouths.

Federal food safety officials discovered the problem when two customers complained of "extraneous materials" in chicken strips, the statement said. Consumers should throw out the packages or return them to the place of purchase.

Anyone with questions about the recall should contact Tyson Foods Consumer Relations at 1-866-886-8456.

In January, Tyson recalled a batch of chicken nuggets because of possible contamination with rubber.

Facebook Bans White Supremacists And Anti-Semites From Platform
It added that when it bans someone under this policy, the company also prohibits anyone else from praising or supporting them. Trump hasn't been the only celebrity to take issue with Facebook's bans .
Sunday, May 05, 2019

Venezuela thrust to forefront of US-Russia clashes
Venezuelan President Nicolas Maduro himself slammed Pompeo's claim, branding it a lie and manipulation. Pompeo laughed aloud and said, "There is a great power contest taking place, I think that's true".
Saturday, May 04, 2019