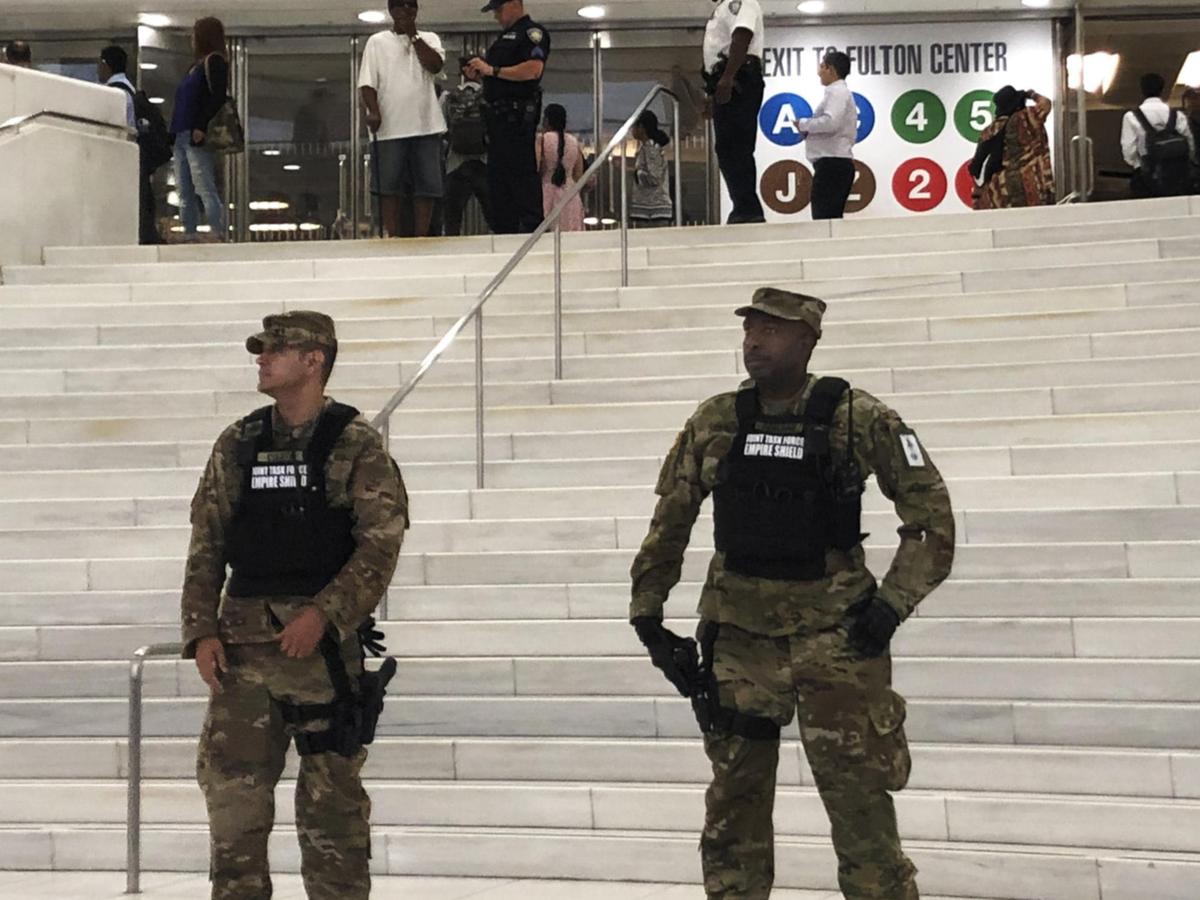 He described the device at West 16th Street and Seventh Avenue as "a rice cooker that was put out with the garbage" and said it "may or may not be related" to the ones in the subway.

The discovery of the cookers Friday led to an evacuation and roiled the morning commute. In photos released by authorities, the young man is seen standing by an elevator and then lugging a cooker in.

The flyer shows him looking nearly at the camera by what appear to be the elevator doors.

Officials are looking for a person of interest in connection to the two suspicious packages found at Fulton Street. He was seen pushing a vehicle and leaving two items in the station.

The NYPD tweeted an advisory to those near the subway station early Friday morning. A third cooker was later discovered in another part of town above ground.

He says police were trying to identify the man.

Miller confirmed that NYPD has obtained images from the Fulton Street scene. The bomber, Ahmad Khan Rahimi, also planted a second pressure-cooker bomb nearby that never exploded and a small pipe bomb that went off along a Marine Corps road race in Seaside Park, New Jersey, frightening participants but injuring no one. The police bomb squad later determined they were not explosives.

Authorities are now looking for that man.

There weren't immediate details about the Chelsea object, which was above ground. Three New York Fire Department units were sent to the Fulton Street subway complex, as well, a department spokesperson said.

Police say he left two electric rice cookers on the upper and lower levels of the Fulton Street subway station at the peak of rush hour.

Many rice cookers look like pressure cookers, but the latter use pressure to cook food quickly - a function that has been used to turn them into bombs.

They were found at the line that carries No. 2 and 3 trains around 7 a.m. The closest N, Q or R stops to Fulton Street are the Cortland Street station, located a few blocks away and City Hall, located about a quarter of a mile away.