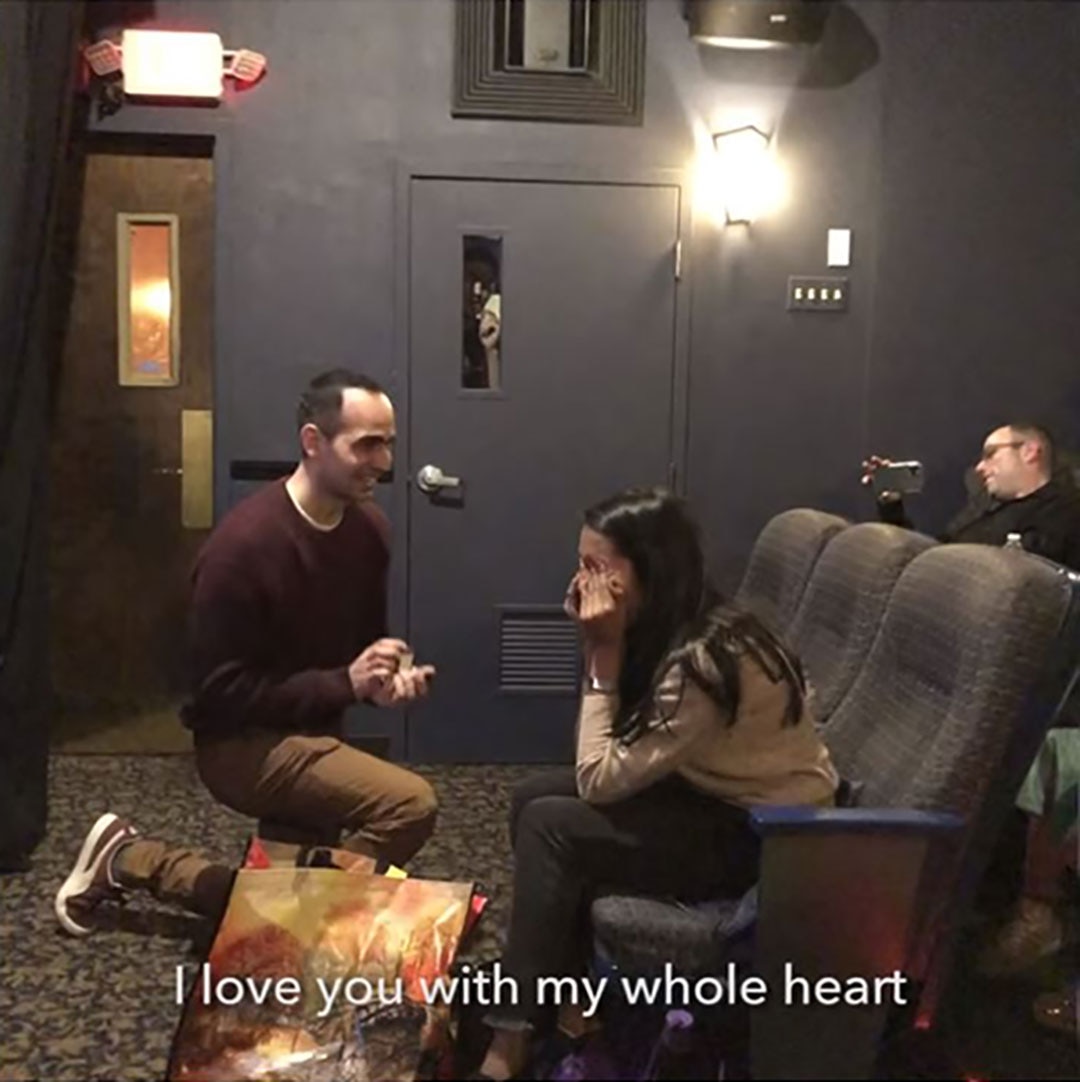 The Boston-based filmmaker chose to put his girlfriend and himself into her favourite film for the occasion and rented a screening room at Coolidge Corner Theater on December 30. During a crucial scene in which Sleeping Beauty is kissed awake by her rescuer, David begins to realize that she bears a striking resemblance to the princess, while Loechler resembles the prince.

"The only thing better than seeing the smartest person I know completely dumbfounded", he wrote in his post, "was knowing we'd get to live happily ever after together".

After he and David had talked about marriage and he knew the time was right, that same proposal idea was front and center in his mind. "For the past six months, I've been working with an illustrator to animate my girlfriend and myself into her favorite movie, 'Sleeping Beauty, '" the caption for Loechler's video reads. As David looked confused as hell, the on-screen Loechler tossed a ring box out of the screen to his real-life counterpart.

However, Loechler explained it didn't matter, before revealing they were all family and friends gathered for the special occasion. David responded yes, and the three fairies in "Sleeping Beauty" celebrated on screen. "I love you with my whole heart, including all of its ventricles, atriums, valves", he says, adding, "She's a cardiologist", to those in the theater who didn't get the pun.

"I thought there was something wrong with the movie!" she tells Loechler.

In a clip Loechler shared to Instagram, David can be seen frowning as the two characters resembling her and Loechler appear on screen.

Overcome with emotion, David said yes, as the film's iconic "Once Upon a Dream" played in the background.

Dropping down on one knee, Loechler asked David to be his wife.

The storybook ending rolls as Prince Phillip and Princess Aurora (as Loechler and David) live happily ever after. Luckily she said yes.