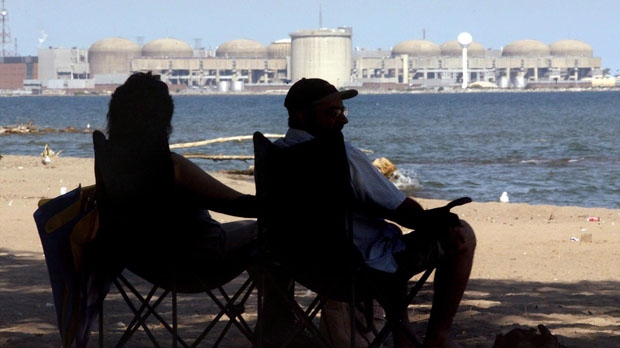 However, it quickly turned out that the alarm was in fact false and there was no incident at the station, so the alert was called off.

"There is NO active nuclear situation taking place at the Pickering Nuclear Generating Station", it said. It added the people near the plant "DO NOT need to take any protective actions at this time".

The bulletin, sent to people within 10 kilometres of the nuclear plant, did not offer details about the incident.

A local politician, Syliva Jones, also stressed there "was no incident at the Pickering Nuclear Generating Station that should have triggered public notification". He said the alert was sent across the Canadian province and Toronto, the largest city in Canada.

The emergency message that woke people up across the province on Sunday morning was reportedly sent out by mistake.

"There is no danger to the public, there was no radiological event and what I can tell you is that we are working with the province to investigate what happened", OPG spokesperson O'Neal Kelly told CP24.

It was originally scheduled to close this year but the government made a decision to keep it open, citing the good jobs there. Decommissioning is now set to start in 2028.

OPG operates six CANDU reactors, generates 14 per cent of Ontario's electricity, and is responsible for 4,500 jobs across the region.

Approximately 73,000 litres of demineralized water leaked from the station in 2011, causing no known impacts to human health. In 1994, the plant automatically shut down after a faulty valve caused the spillage of 132 tons of heavy water, according to the AP.

Takeway.com wins £6bn battle for Just Eat
Takeaway Chief Executive Officer Jitse Groen, who will lead the new company, was publicly irritated by the Prosus challenge. Prosus argued Takeaway was underestimating the investment needed to fend off rivals such as Uber Eats and Amazon.com.
Monday, January 13, 2020