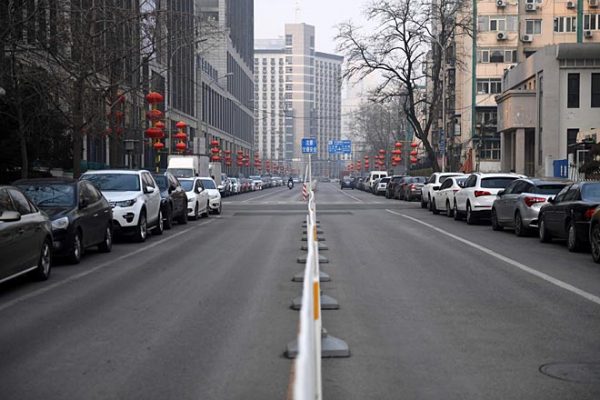 A quiet street is seen in a residential area in Beijing

The United Nations' health agency has finally given an official name to the deadly novel coronavirus, nearly two weeks after it declared the disease a public health emergency.

World Health Organization chief Tedros Adhanom Ghebreyesus said the name was carefully chosen to avoid stigma and that other names could be inaccurate.

The U.N. health agency on Tuesday announced that "COVID-19" will be the official name of the deadly virus from China, saying the disease represented a "very grave threat" for the world but there was a "realistic chance" of stopping it.

The name breaks down into four parts - "co" for corona, "vi" for virus, "d" for disease', and 19 for its year of genesis. MERS, or Middle East Respiratory Syndrome, was initially labelled 2012-nCoV (2012 novel coronavirus), much like the latest virus was first dubbed 2019-nCoV.

"Having a name matters to prevent the use of other names that can be inaccurate or stigmatizing", Tedros added.

The death toll in an outbreak of a new pneumonia-causing coronavirus has exceeded 1,000 in China, the Hubei Province said Tuesday.

During the recent press briefing the WHO Director General also offered the latest update on the virus's spread.

All this culminated in the World Health Organization developing a set of guidelines for naming new diseases in 2015.

The virus, first identified in China on December 31, has killed more than 1000 people, infected over 42,000 and reached some 25 countries.

Experts say it could still be months or even years before any approved treatments or vaccines are developed.

Hubei province, the epicenter of the outbreak, reported another 103 deaths, bringing the total number of deaths in mainland China to 1,011, in the highest single-day toll since the virus began to spread.

Coronavirus: Sony and Amazon pull out of major tech show
Fortunately, other major companies are still on for the event, so stay tuned, we'll be there to cover those announcements . Microsoft had earlier indicated that it will have a booth at MWC and also hold a press conference on Sunday, February 23.
Wednesday, February 12, 2020

Rage Against The Machine announces Cleveland concert
The profits from the first three shows will go towards immigration rights organizations. Rage Against the Machine is hitting the road on its Public Service Announcement tour.
Wednesday, February 12, 2020

US prosecutors ask for 7-9 years jail for Trump confidant Stone
Prosecutors also charged that Stone had threatened Credico's therapy dog, Bianca, saying he was "going to take that dog away from you".
Tuesday, February 11, 2020