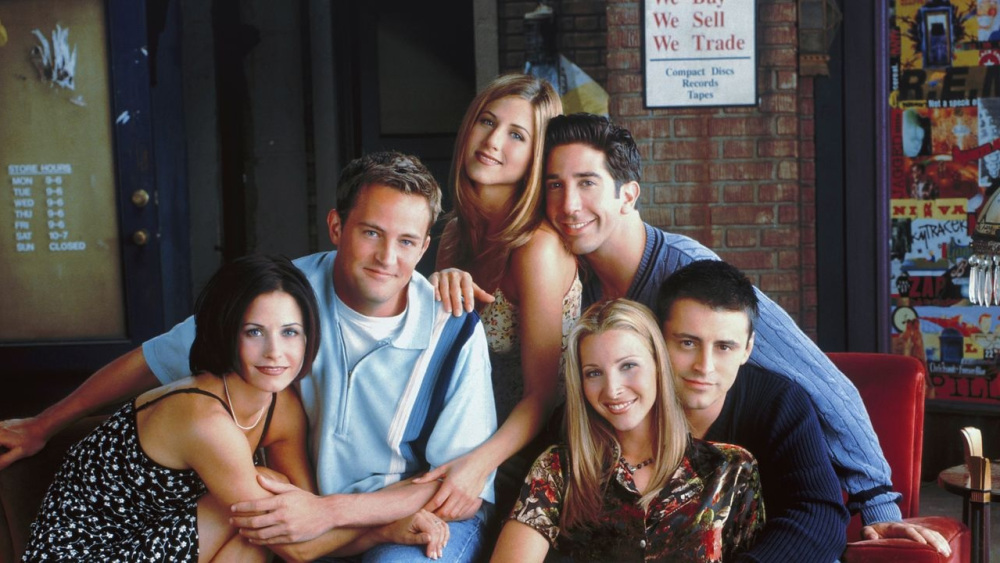 Courteney Cox on 'Friends' reunion: 'I don't even remember being on the show'

While some fans may have every episode of Friends memorized, Courteney Cox could use a refresher.

Cox told TV host Jimmy Kimmel she remembered very little about the hit sitcom in which she played Monica for a decade.

"I don't remember even being on the show", she admitted during Kimmel's "Quarantine Minilogue" segment, matter-of-factly. Cox later confessed that she chose to binge her sitcom during isolation because she doesn't remember episodes and fails all trivia questions about it.

Courteney Cox is binge-watching Friends while self-isolating at home. And with everyone socially distancing themselves from Central Perk, Cox thought this would be a great time to see what her Friends have been up to. Kimmel, who has been broadcasting "Quarantine Minilogues" on YouTube in lieu of his usual show and monologue, had Cox on as a guest Wednesday evening.

Courteney had been due to be reunited with her co-stars Jennifer Aniston, Lisa Kudrow, Matt LeBlanc, Matthew Perry, and David Schwimmer to film an HBO Max reunion special this week but it was postponed due to the coronavirus pandemic.

Cox went on to joke that while she remembers her character's name, she doesn't recall much beyond that.

The news gave Kimmel the flawless in: why not play a round of Friends trivia to pass the time? I did something with Celeste Barber and I don't remember even being on the show.

Questions she did not know the answers to included who Monica shared her first kiss with, and who peed on her leg in season four episode The One With The Jellyfish.

Jimmy quizzed the pair on Friends trivia, but sadly for Courteney she failed to answer a single question.

Cox arrives on Kimmel's virtual set at the 7:30 minute mark.

COVID-19: Trudeau announces Canada Emergency Response Benefit plan
The Senate is now aiming to pass the bill in a matter of hours so it can get royal assent later today. We know people are anxious about their health, their jobs and their financial situations.
Friday, March 27, 2020

BC bans evictions, freezes rent in wake of COVID-19
Housing Minister Selina Robinson said tenants and landlords must talk to each other to find ways to cover rents and get through the pandemic.
Friday, March 27, 2020

Coronavirus: More than three billion told to stay home worldwide
He also said Spain would continue producing its own materials on a national level. "I can not say that we have reached it". He said Spain made the request to North Atlantic Treaty Organisation which would pass it on to the member-states' armies.
Friday, March 27, 2020